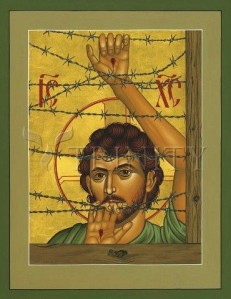 This is an urgent request for everyone to go to Legislative Plaza today. As most of you already know the police have given Occupy Nashville until 8pm tonight to vacate the plaza or they will face arrest. Yesterday, some representatives from the Nashville Peace and Justice Center met with the police. They were told that the police wanted to shut down Occupy Nashville last night on the grounds of public safety because they could no longer ensure the safety and security of occupiers. The NPJC representatives negotiated for them to push back the eviction until tonight at 8pm.

At last night’s General Assembly, we voted to peaceably stand our ground tonight, we had non-violence trainings, and those of us who plan to possibly get arrested filled out legal paperwork. We’re not sure when the cops will be there, but it could be anytime before or after 8pm tonight. We need EVERYONE who is willing to get arrested, support those who are getting arrested, and provide accountability (through taking photos/video) to ensure that there is no police brutality.

In the last week, police response to issues at the plaza has been very discouraging (and, at times, non-existent). Some have called it “indirect police brutality.” For example, a couple of us broke up a fight Sunday night where one guy was beaten so badly he was hospitalized and 10 minutes after the police arrested the attacker, they released him back to the plaza. The police are saying that we can get a permit to stay at the plaza from 9-4, but Legislative Plaza is our officially designated place to exercise our 1st Amendment rights to free speech and to “peaceably to assemble and to petition the government for a redress of grievances.” As tax paying citizens in a public area, occupiers should be protected by the police, if and when it is necessary.

Please join us today/tonight… We need all of you to bear witness to what is going on!

with peace,
Lindsey and Amos House

P.S. And check out Shane Claiborne’s “A Devotion for Wall Street”